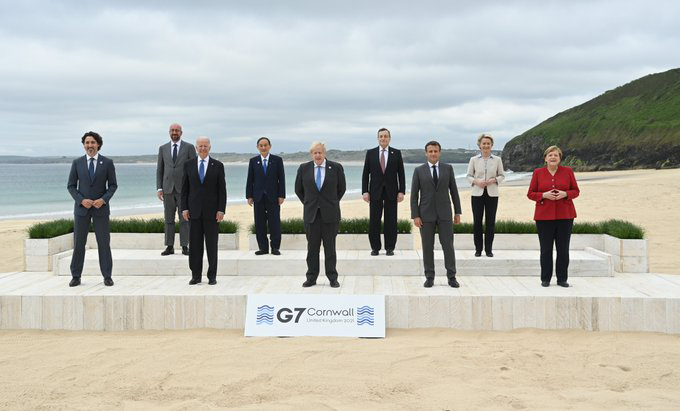 The G7 summit saw leaders of the major industrial nations come together for the first time in two years to tackle the world’s biggest challenges. Covid was naturally high on the agenda, but so too was climate, with several commitments made and reaffirmed to “build back better.”

Here we highlight the key takeaways:

Net zero targets: G7 leaders committed to “ambitious and accelerated efforts” to achieve net zero emissions as soon as possible and by 2050 at the latest. Each nation has committed to increased 2030 targets and to submitting Nationally Determined Contributions (NDCs) which will cut collective emissions by around half compared to 2010.

Decarbonising our power systems: There was a combined commitment to decarbonise power systems in the 2030s, and to phase out new direct government support for international fossil fuel energy as soon as possible. The leaders pledged “a technology-driven transition to net zero” and noted “the clear roadmap provided by the International Energy Agency” to get us there. So, the latest IEA report is one to read.

Ending coal: Each nation pledged to phase out coal domestically, and to end direct government support for unabated international coal power generation by the end of 2021. Coal power generation is the single biggest cause of greenhouse gas emissions. The leaders also reaffirmed their existing commitment to eliminating inefficient fossil fuel subsidies by 2025.

On transport: Commitments to accelerate the shift to low carbon transport were vague, but they included “scaling up zero emission vehicle technologies, including buses, trains, shipping and aviation.” Action on road transport needs a dramatic increase in pace, they said, including support for the roll out of charging and fuelling infrastructure and support for more sustainable transport modes, including public transport, cycling and walking.

On industrial emissions: The G7 leaders pledged to “harness their collective strengths” in science, innovation, regulation and finance to decarbonise the most energy intensive sectors such as iron, steel and cement. The launch of a G7 Industrial Decarbonisation Agenda is on the way, and there was a pledge to accelerate progress on low carbon technology such as hydrogen and carbon capture, usage and storage.

Homes and buildings: The G7 recognised the need for “an urgent step change” in the deployment of renewable heating and cooling and reduction in energy demand. This complements required shifts in building design, sustainable materials and retrofits. They welcome recommendations to double the efficiency of lighting, cooling, refrigeration and motor systems sold globally by 2030… so we may see this put into policy soon.

Funding for developing countries: The leaders reaffirmed a commitment to “mobilise” $100 billion per year from public and private sources to help the poorest countries cope with climate change. This was a target that was set in 2020 but not met, and campaigners say they are not doing enough to tackle the world’s most vulnerable.

Action on plastic: Leaders agreed to “step up” action to tackle increasing levels of plastic pollution in the ocean. No concrete actions were given but they pledged to work through the UN Environment Assembly on options including strengthening existing instruments and a potential new agreement or other instrument to address marine plastic litter.